Before I can do the electrical, I need to have the flooring and the framing in place.  Originally, I wanted recovered barn wood as the flooring because I think it just looks so rustic and cool. However, the length between the floor and the ceiling is just barely over 6 feet which means a traditional floor with insulation, sub floor, and panels on top would prevent anyone from being able to stand all the way up.  So in order to conserve space I decided to go with Option #2: tongue in groove tiles.

My aunt has experience as an interior designer and she joined me in the hunt for the perfect style.  I want my bus to feel warm and cabin-like, and so I decided to go with the Blue Ridge Pine which is apparently a popular one. The first challenge I encountered doing the floors were all these rivets that caused the floor to be uneven.  They’re here because this was originally a handicapped bus and these kept wheelchairs in place. 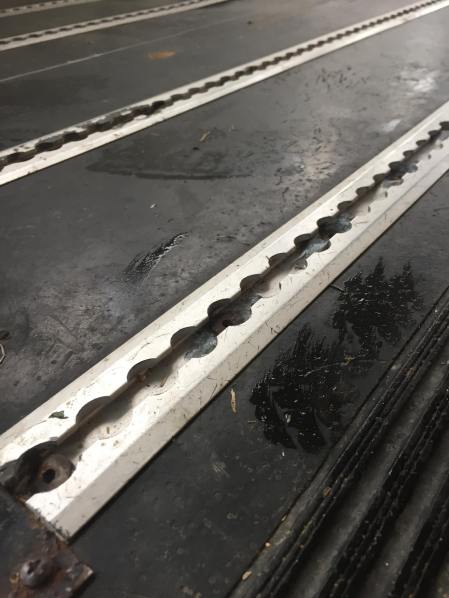 I was going to just have them all removed, but that seemed like more work than is necessary and a friend told me that they probably maintain the bus’s structure, so instead, my brother and I decided to lay down an extra layer of insulation to even out the floor and maintain the temperature.

Laying down the insulation was fun. After that, my brother taught me how to install the tongue in groove tiles. They’re perfect for this bus because if I’m driving, I’m going to be shifting around a lot. Traditional tiles would probably crack or become loose, but since these aren’t glued down, they’ll be flexible and shift along with the bus.

I’ve left a big empty space at the side because I haven’t quite figured out what I’m going to do about a bathroom.  I’ll probably just section off a small space next to counter top and install a drain. The framing was a little bit easier than the flooring. My brother did most of the work (thanks Jer), but I helped a little. 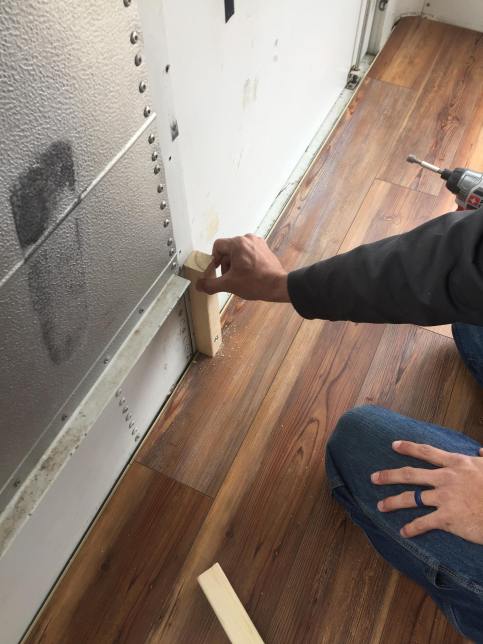 Flooring and framing is done! So now it’s time to do the electrical!

2 thoughts on “Living in a Bus Step 5: Flooring and Framing”