Of all the Middle Eastern countries I’ve been to, I think Jordan is my favorite. I could give you 100 reasons why, from the red desert to the beauty of Petra to the food or the wonderful, friendly people going about their daily lives. There’s something special about Jordan. Here are some of the highlights from a trip I took in 2016 with 3 wonderful friends I met in Saudi Arabia.

We arrived in Amman and met with our travel guide. During our stay in Amman we visited Um Qais, Golan Heights, Lake Tiberius, the forgress in Ajlun, and some of the remains of the Greco Roman cities. The cities in Jordan are beautiful.

There’s a splendid mix of Judeo-Christian and Muslim culture to be found in Jordan. We visited the Christian Town of Madaba and saw the mosaics. We visited churches and various biblical sites including the place where Jesus was said to have been baptized.

What I found most serene were the churches right across the street from the mosques. Everyone was going about their lives and I saw no conflicts. Jordan gives off such a peaceful vibe. 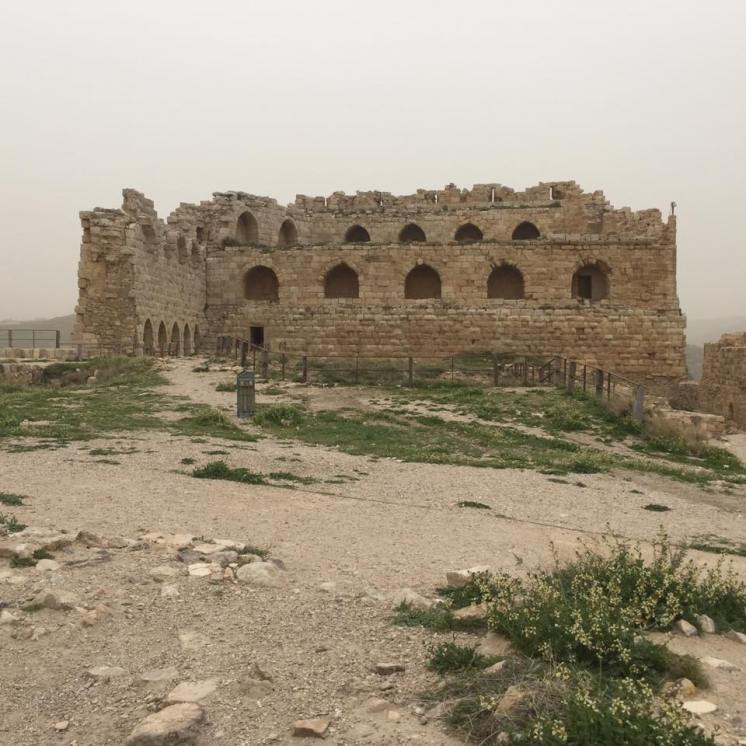 We spent a night camping in the red desert, Wadi Rum. Being in this desert is like being  on another planet, so it’s no surprise that several blockbuster movies were filmed here including The Martian. 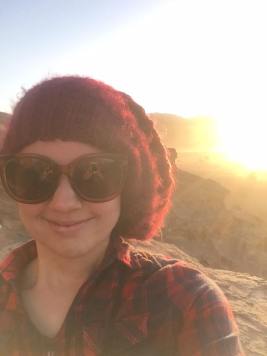 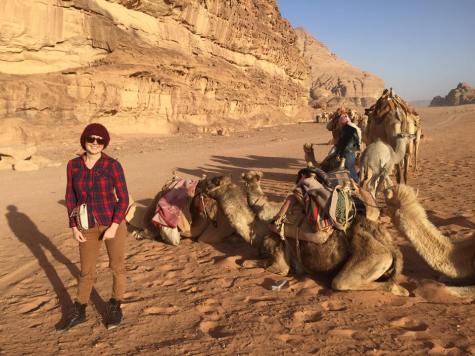 My favorite part of the trip was Petra. I’ve never seen anything so breathtaking in my life. I thought Petra was just the one building carved in the rock that’s so iconic with the name, but it turns out Petra is a fairly large city and a long walk through beautiful rock formations both natural and hand-carved. 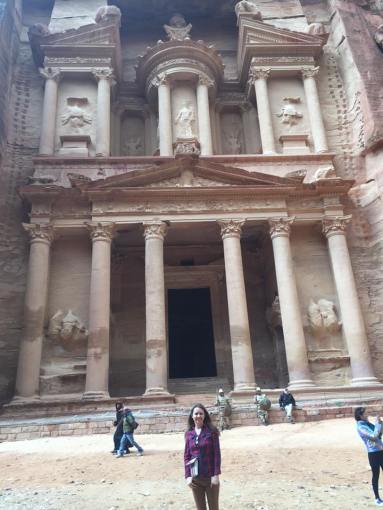 Petra was inhabited in ancient times. No one knows for sure who built the city, but the Nabateans are considered to be one of the oldest civilizations to have settled there. It’s positioned between the Red Sea and the Dead Sea and is surrounded by mountains full of passages and gorges. I could spend an entire day here!

Our last stop was the Dead Sea. It was almost too chilly to play in the water, and that’s okay because it was so salty it burned my lips! We enjoyed the customary mud bath (which allegedly has healing properties) and ended our tour on a relaxing note.

I would recommend visiting Jordan to anyone. There’s so much to see and do that a week simply wasn’t enough time. I hope to visit again someday!

One thought on “Adventuring in Jordan”